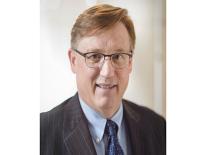 Glen Lee, the chief financial officer (CFO) for the District of Columbia, manages the District’s finances, including its approximately $18.4 billion gross funds operating budget, of which $10.7 billion is generated from local, special-purpose and dedicated revenue sources. He also manages the city’s $9.0 billion, six-year capital improvements plan budget. Lee was appointed to this position by Mayor Muriel Bowser in June 2022.

As the independent CFO, he manages the District’s financial operations, which include more than 1,700 staff members in the tax and revenue administration; the treasury, comptroller and budget offices; the DC Office of Lottery and Gaming, economic/fiscal analysis and revenue estimation functions, and all District agencies. This includes management of the financial operations of United Medical Center (Not-for-profit Hospital Corporation), the University of the District of Columbia, and the Washington Convention and Sports Authority (Events DC). He also coordinates with congressional committees and the U.S. Office of Management and Budget staff that oversee District affairs. He regularly interacts with the financial community, including bond rating agencies, regarding the District’s financial matters.

Previously, Lee served as the finance director for the city of Seattle where he was responsible for the accounting, treasury, debt management, risk management, and payroll functions. Prior to this appointment, he managed Seattle’s revenue forecasting and budget development functions.

Before joining Seattle’s financial office, Lee worked as a fiscal and policy analyst for the state of California’s Legislative Analyst’s Office where his assignments included tax policy, revenue forecasting and tax administration.

Lee was an instructor for the Government Finance Officers Association (GFOA) and served on the Economics Department Advisory Board for Seattle University.

Lee holds an undergraduate degree in economics from the University of California, Berkeley.